JDK 18/Java 18 was released last month, and JDK 19 is scheduled to be released in September this year, so before many developers can use Java 18, two of the latest target features about Java 19 have been revealed.

There are two official features that will be released in the next version. One is the Vector API, and the other is the porting of the JDK to RISC-V. The former Vector API is an API that expresses vector computation and will be incubated for the fourth time in the next Java release; the latter proposed feature is the porting of the JDK to the open source Linux/RISC-V instruction set architecture (ISA). 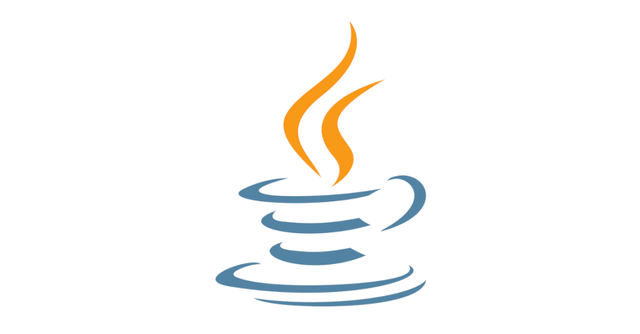 While JDK 19 may host a large number of features such as generic generics, value objects, and record patterns, so far only two features have been officially proposed for JDK 19, the Vector API and porting to RISC-V. 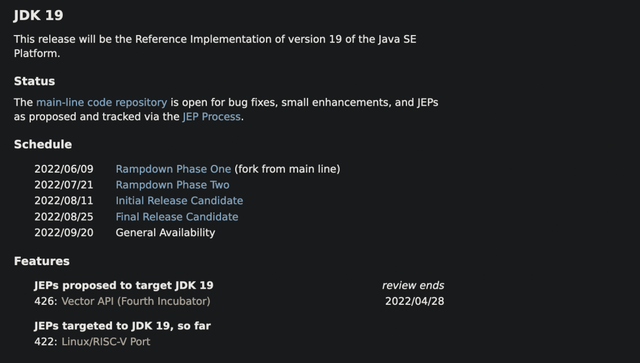 According to InfoWorld, Java 19 is likely to carry a large number of features, from generic generics to value objects, according to the ongoing Java enhancement plan. Among them, the two latest features officially specified in Java 19 are: Vector API for expressing vector computation, which will be incubated for the fourth time in the next version of Java; and the JDK all the way to the open source Linux/RISC-V Instruction Set Architecture (ISA).

At the time of development and design, the main goals of this API included four aspects. One, the API is able to express a wide range of vector computations in a clear and concise manner; two, the API is CPU architecture independent and can be implemented on multiple architectures that support vector instructions; three, it has reliable runtime and compilation performance on x64 and AArch64 architectures; and four, it enables “graceful” degradation to cope with the situation where vector computations are not fully expressed as a sequence of vector operations at runtime. The Vector API has previously been included in JDK 16, JDK 17, and JDK 19.

In addition to these two features, Foreign Function and Memory APIs that allow Java programs to interoperate with code and data outside of the JVM runtime may also appear in Java 19.

What is worth your attention is that, like Java 18, Java 19 is also a non-LTS version with a six-month support period, so it is not really recommended to use it directly in production environments, but the features are available for sampling.

According to the official release schedule, JDK 19 will be released in GA on September 20, preceded by Rampdown phases on June 9 and July 21, and release candidates on August 11 and August 21.