In this article, we’ll cover the Valhalla project - the reasons for its history, the current state of development, and what it has brought to everyday Java developers since its release.

Brian Goetz, Oracle’s Java language architect, said in a talk that one of the main motivations for the Valhalla Project was the desire to adapt the Java language and runtime to modern hardware. When the Java language was created (about 25 years ago when this article was written), the cost of acquiring memory and arithmetic operations was roughly the same.

Today, this has changed, with memory fetch operations costing 200 to 1000 times more than arithmetic operations. In terms of language design, this means that the indirect operations that lead to pointer fetching can have a detrimental effect on overall performance.

Since most Java data structures in an application are objects, we can think of Java as a pointer-intensive language (even though we don’t usually see or manipulate them directly). This pointer-based object implementation is used to enable object identification, which itself is used for language features such as polymorphism, mutability, and locking. By default, these features apply to every object, whether they are actually needed or not.

The concept of value types is to represent pure data aggregation. This removes the functionality of regular objects. So, we have pure data, no identity. Of course, this means that we also lose the functionality that can be achieved using object identities. Therefore, equality comparisons can only be made based on state. Therefore, we cannot use representations of polymorphism and we cannot use objects that are immutable or not null.

On the other hand, the code for the value type Point and the corresponding memory layout would be 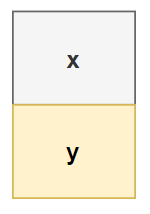 This allows the JVM to spread value types into arrays and objects, as well as other value types. In the following figure we show the negative effects of using Point class time joins in arrays. 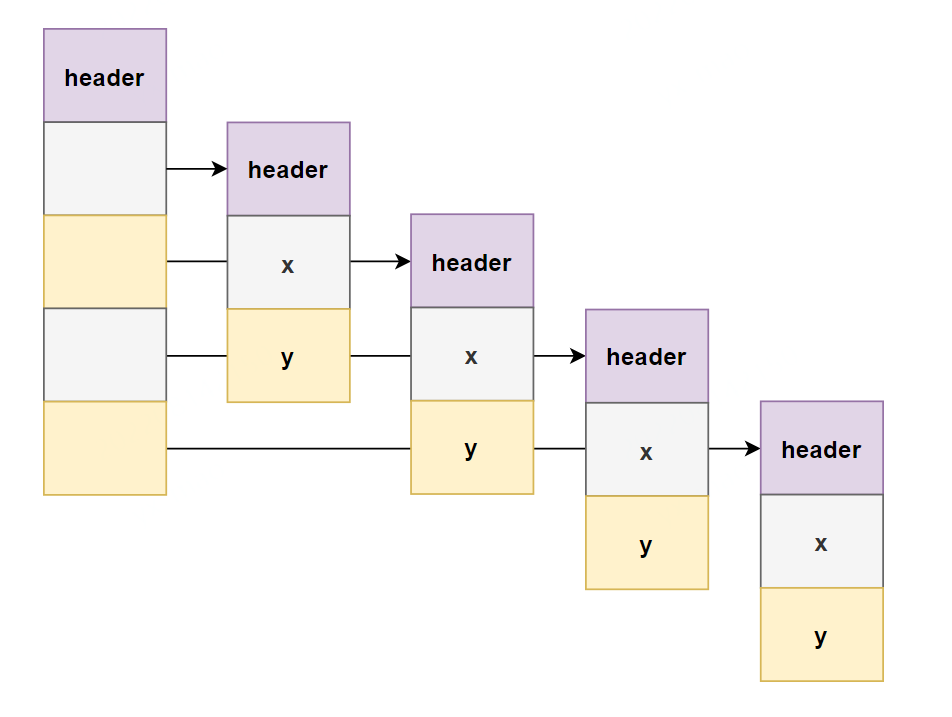 On the other hand, here we see the corresponding memory structure for the value type Point[]: !

It also enables the JVM to pass value types on the stack without having to allocate them on the heap. Finally, this means that we get data aggregation with runtime behavior similar to that of the original Java language, such as int or float.

However, unlike the original language, value types can have methods and fields. We can also implement interfaces and use them as generic types. Thus, we can look at value types from two different perspectives.

As an extra icing on the cake, we can use value types as generic types without the need to box. This leads us directly to another feature of the larger Valhalla project: specialized generics.

We currently use boxed types when we want to generalize a language primitive, such as the integer representation Integer or the floating point representation Float. Such boxing creates an extra layer of indirection, thus defeating the purpose of using the original language to improve performance in the first place.

As a result, we see many specializations for primitive types in existing frameworks and libraries, such as IntStream <T> or ToIntFunction <T>. This is done to maintain the performance improvement of using the primitive language.

Thus, specializing generics is an attempt to eliminate the need for these “hacks”. Instead, the Java language strives to enable generic types for basically everything: object references, primitives, value types, and possibly even void.

We have taken a preliminary look at the changes that the Valhalla project will bring to the Java language. Two of the main goals are to improve performance and reduce leaky abstractions.

Performance enhancements are addressed by spreading the object graph and removing indirections. This will lead to more efficient memory layout and less allocation and garbage collection.

When used as a generic type, primitives and objects have more similar behavior, which is better abstraction.