The Java community is working on a Classfile API proposal that aims to provide an API for parsing, generating, and converting Java class files; initially as an internal replacement for the ASM in the JDK, and later as a public API. It is planned that ASM will eventually be removed from the JDK entirely.

The proposal notes that class file generation, parsing, and detection are ubiquitous in the Java ecosystem; many tools and libraries need to be able to handle class files, and frameworks often perform on-the-fly bytecode instrumentation, transformation, and generation. The JDK should provide an accurate, complete, up-to-date, high-performance API for reading, writing, and converting Java class files.

The initial goal of this API is to replace the ASM as a runtime dependency of the JDK without unacceptable performance loss. As an extension, it is also desirable to further replace the internal “classreader” library used by the compiler and JDK tools. Ultimately, the expectation is that a large number of applications and frameworks will be able to use this library as an effective replacement for ASM, cglib, or other bytecode libraries. Design goals and principles include having all Class file entities (e.g., methods and fields) represented by immutable objects, user-driven navigation, etc. 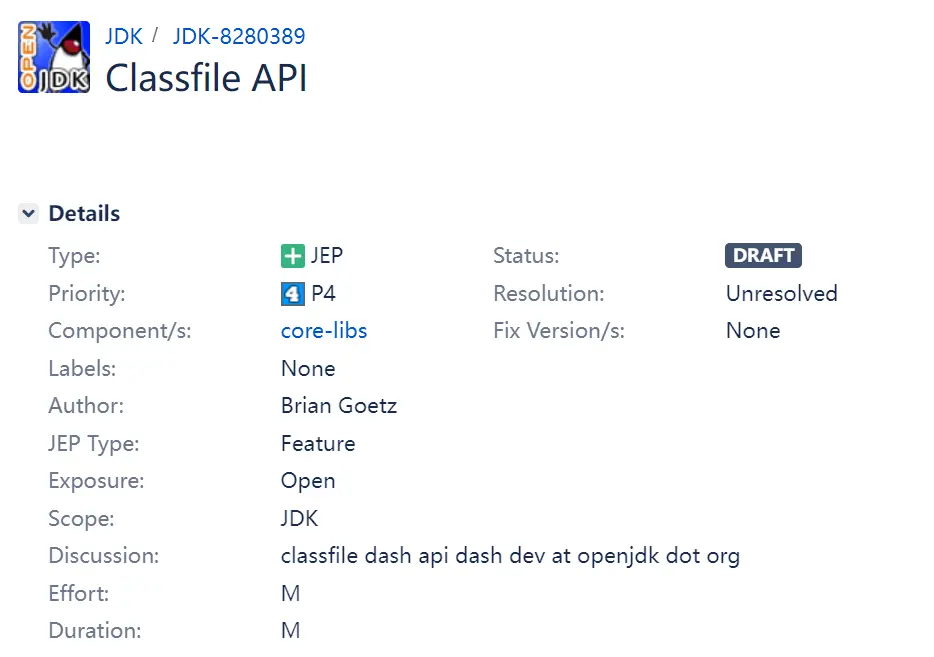 The motivation for its genesis is.

For more details see the proposal.