James Gosling, the father of Java, recently twitter that developers should abandon JDK 8 as soon as possible and opt for JDK 17 LTS, which brings huge improvements in every aspect. 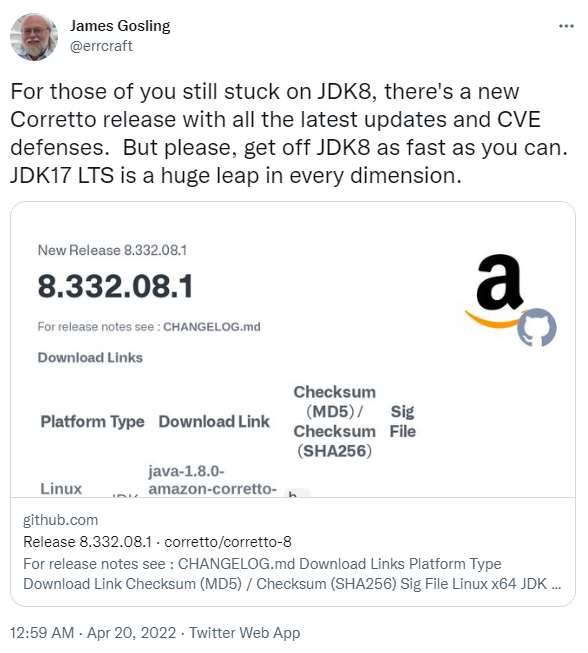 But maybe the father of Java was just promoting Corretto, the OpenJDK distribution for his boss AWS. and he suggests that developers still using JDK 8 might consider using Corretto’s new version- -Includes all the latest updates and CVE defenses.

Corretto is a distribution of Amazon’s launch OpenJDK 8, which supports multiple platforms and can run on both cloud and local computers. The Technology Compatibility Kit (TCK) is run on each Corretto release to ensure compatibility with the Java SE platform. Corretto can be used as a direct replacement for Java SE distributions without using features that are not available in the OpenJDK, such as Java Flight Recorder.